A Young Man’s Search for Meaning

Design and typeset by Tom Klev

The First Bastion. Introduction and Background

The Problem of Evil

A Point of Departure

The basic concern of these essays is that of the ‘incarnation of our thoughts’, or the situatedness of reason, understood in terms of the discursive tension between universal pragmatics, as in Apel and Habermas, and contextual praxeology, as in Wittgenstein. The common position is one in favour of a ‘post-skeptical rationality’.

3) The Beauty and the Beast

7) On the Normative Foundation of Science

8) A Critique of Pragmatic Reason

This is a collection of essay in applied ethics. The author elaborates his programmatic notion of rationality by discussing cases related to our environment and lifeworld, that is, to our oikos – hence, “eco-philosophical manuscripts”.

A Crisis in the Humanities?

Eco-Crisis and the Welfare State

A Pragmatic Notion of Nature

Rationality and Modernity focuses on the philosophical discussion of rationality and basic norms. Its perspective is that of the ‘pragmatic turn’ and its discursive dimension that of a mutual criticism between hermeneutic contextualism and trans-contextual pragmatics.

With present day critical theory as his philosophical horizon, Skirbekk discusses in particular the significant contributions of Apel, Habermas, and in this connection, also Wittgenstein.

The common aim of these essays in philosophical pragmatics is to make visible, theoretically and practically, a way of thinking which brings together contextual praxeology and universal pragmatics.

The Pragmatic Notion of Nature

Modernization of the Lifeworld

A HISTORY OF WESTERN THOUGHT

From ancient Greece to the twentieth century

A History of Western Thought is a comprehensive introduction to the history of Western philosophy from the pre-Socratics to the twentieth century. Along with in-depth discussion of all the major philosophical movements, Skirbekk and Gilje also look at the historical factors that have influenced Western philosophy, including the natural sciences, social sciences and humanities, as well as political ideologies such as liberalism, socialism and fascism.

It is an ideal introduction for anyone coming to the history of western thought for the first time.

the Renaissance and realpolitik

The rise of the social sciences

A glance at contemporary philosophy

“Not only is this an excellent history of philosophical thought, it also opens the door to a far wider range of thinkers than many introductions and histories. For this, the authors deserve special praise.” Alastair Hannay, University of Oslo

"I have read Gunnar Skirbekk's History of Philosophy in the first German translation of 1993 - it was a translation from the fourth Norwegian edition of 1987. These dates alone are telling. There are good reasons for the fact, that these two volumes are both best-sellers and long-sellers: they present us with the most interesting and innovative history of Western Philosophy I know of. The author is an original mind who never writes in the style of a mere history of ideas but presents each of them as a result of interconnected problem-solving processes." Jürgen Habermas, May 2015.

To what extent is religion modern?

To what extent is modernity rational?

And what is rational about rationality?

These are the three underlying questions of these three essays, presented in Shanghai in September 2006, within the framework of the “Marco Polo” research program for comparative studies of processes of cultural modernization in Europe and East Asia:

(2) A Crisis in the Humanities?

The challenges of culture in modern societies

(4) Ethical Gradualism beyond Anthropocentrism and Biocentrism?

A Tale of Scandinavian Experiences

Multiple Modernities approaches the concept of modernity through two historical phases of Norway. The first study focuses on the interplay between Lutheran state officials and popular movements in the nineteenth century as an essential aspect of the growth of social democracy. The second examination of modernization centers on twenthieth-century Norway after World War II. The book is balanced between theoretical remarks on conceptual issues, an assessment of modernization processes, and a study of basic epistemic and structural challenges that confront us in our time. Scandinavian countries are often noted as cases of successful modernization processes. However, these references to a "Scandinavian model" tend to focus on the mid-twentieth century after World War II. In Skirbekk’s view, the uniqueness of modernization processes in Scandinavia, for instance in Norway, is better conceived historically, not least by focusing on the nineteenth century with a continuation into the twentieth century.

for my Chinese friends

(D) Philosophy in Norway after the War

(i) Fallibilism and egalitarian culture

(ii) Philosophy by travelling around

(i) At the University of Bergen

(G) A History of Western Thought

(H) Transcendental-pragmatics, gradualist and meliorist, and the discussion about conceptual adequacy

(i) University of California San Diego

Why is argumentative reason essential, in modern societies?

Why is freedom of expression a precondition for these societies?

Modernization processes in Scandinavia, why are they special?

A normative justification of the legal protection of freedom of expression

EPISTEMIC CHALLENGES IN A MODERN WORLD

The modern world is in crisis, a double crisis, as it were: at the factual level, with various challenges that tend to interact and reinforce each other, and at the epistemic level, where no single science or expertise alone can grasp the complexity of what is going on. In this publication, such basic epistemic challenges are addressed, critically and constructively; and in this perspective four current cases are discussed and assessed, such as the United Nations Agenda 2030 for sustainable development. On this background, some proposals for epistemic and institutional improvements are considered. 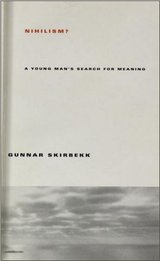 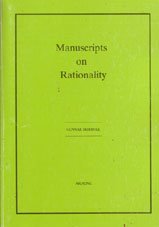 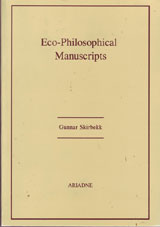 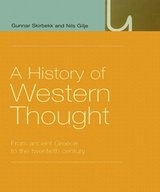 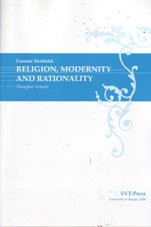 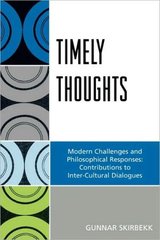 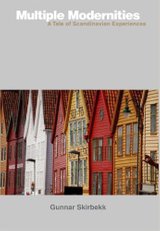 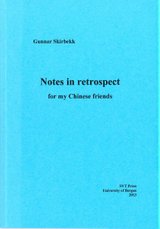 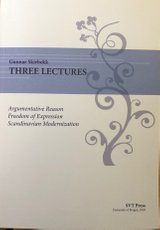